Pharmaceutical companies have faced the challenge of complying with government regulations for more than 170 years, and the requirements continue to evolve and multiply year after year.Federal regulation of pharmaceutical drugs emerged as early as 1848 in the United States, under a law that addressed only imported drugs.

Then came the Pure Food and Drug Act of 1906, which prohibited the sale of misbranded or adulterated food and drugs in interstate commerce and laid the foundation for the nation’s first consumer protection agency, the Food and Drug Administration (FDA).

In 1938, Congress passed the Federal Food, Drug and Cosmetic Act with new provisions. For the first time, manufactures were required to show that a drug was safe before it could be marketed.

In 1966, the Fair Packaging and Labeling Act required all consumer products in interstate commerce to be honestly and informatively labeled, with the FDA enforcing provisions on food, drugs, cosmetics and medical devices.

In 1982, the FDA issued tamper-evident packaging requirements, and the Federal Anti-Tampering Act, passed in 1983, made it a crime to tamper with packaged consumer products.

The global framework for pharmaceutical regulations has undergone a profound transformation in the past two decades. 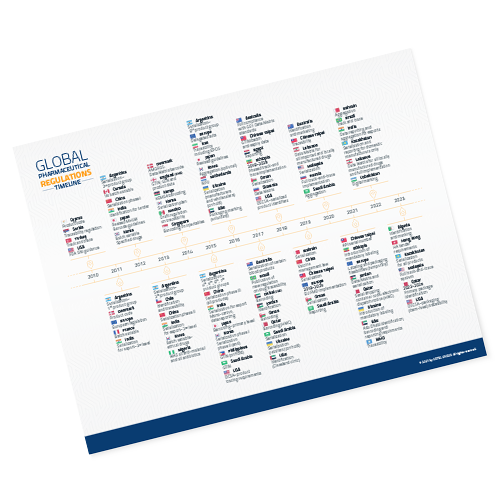 Serialization is the first step in the traceability journey

Manage your plant-level serialization operations with the latest technology

We use cookies on our website to provide you with the most relevant experience by remembering your preferences and repeat visits. By clicking "Accept", you consent to the use of ALL cookies.


Do not sell my personal information.Reject All
Cookie SettingsAccept
Manage consent
This website uses cookies to improve your experience while you navigate through the website. Out of these, the cookies that are categorized as necessary are stored on your browser as they are essential for the working of basic functionalities of the website. We also use third-party cookies that help us analyze and understand how you use this website. These cookies will be stored in your browser only with your consent. You also have the option to opt-out of these cookies. But opting out of some of these cookies may affect your browsing experience.
Necessary Always Enabled
Necessary cookies are absolutely essential for the website to function properly. These cookies ensure basic functionalities and security features of the website, anonymously.
Functional
Functional cookies help to perform certain functionalities like sharing the content of the website on social media platforms, collect feedbacks, and other third-party features.
Performance
Performance cookies are used to understand and analyze the key performance indexes of the website which helps in delivering a better user experience for the visitors.
Analytics
Analytical cookies are used to understand how visitors interact with the website. These cookies help provide information on metrics the number of visitors, bounce rate, traffic source, etc.
Advertisement
Advertisement cookies are used to provide visitors with relevant ads and marketing campaigns. These cookies track visitors across websites and collect information to provide customized ads.
Others
Other uncategorized cookies are those that are being analyzed and have not been classified into a category as yet.
SAVE & ACCEPT